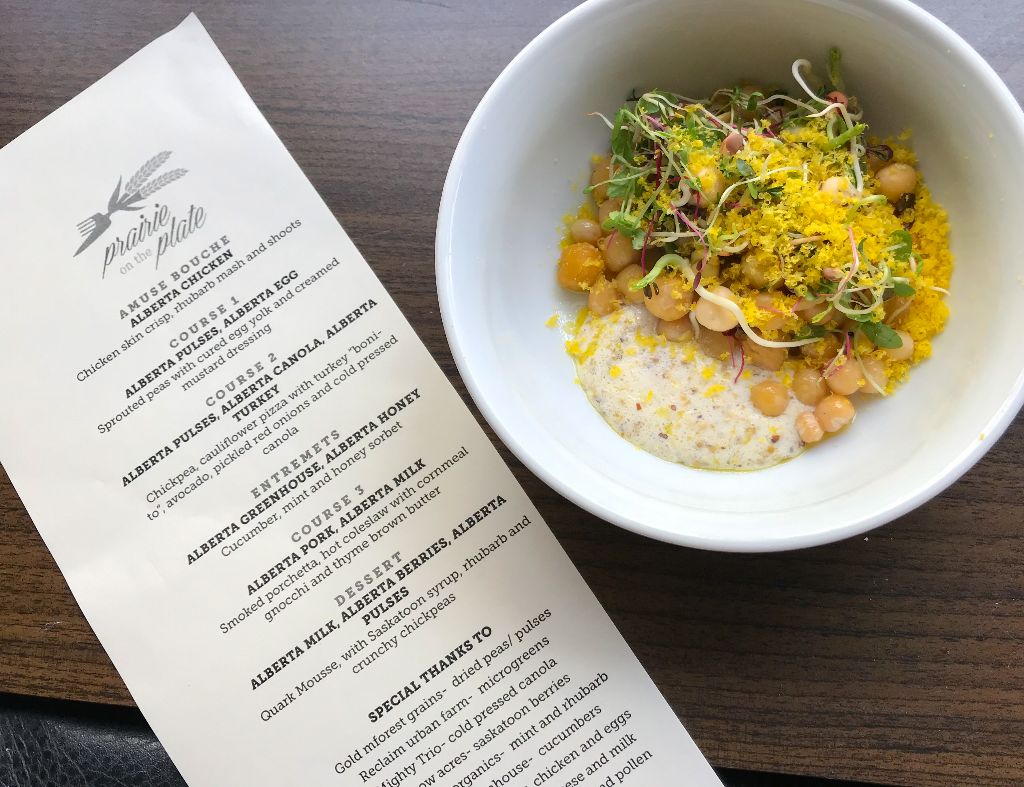 I’ve had the opportunity to organize four Swine and Dine collaboration dinners for Alberta Pork alongside The Common’s Chef Jesse Morrison, so when I pitched him the idea of hosting a Taste Alberta – Prairie on the Plate dinner, I knew he would jump at the opportunity to create a menu featuring ingredients from Taste’s commodity partners:  Alberta Chicken, Alberta Pulse Growers Commission, Egg Farmers of Alberta, Alberta Canola, Alberta Turkey, Alberta Milk, and Alberta Pork.

On Tuesday, June 25, 2019, The Common hosted over 70 diners for chef Morrison’s first ever Taste Alberta – Prairie on the Plate dinner. Together with his girlfriend Tressa (also known as my favourite local designer – Sessa Wearables), chef Morrison created a menu inspired by great local products, produce, protein and pulses in season. The result was a multi-course menu that had a fresh spring/summer taste that flowed from one course to the next.

As seen in his previous Swine and Dine dinners, Chef Morrison shared his love of Alberta pork with a perfectly cooked porchetta main course. But, he also took advantage of the opportunity  to showcase a menu that featured more of Taste Alberta’s partners. The menu was packed with high-fibre pulses, including dessert, where chef Morrison plated a play on cheesecake. Instead of using graham cracker crumbs, the culinary team at The Common incorporated whole fried pulses as the crunchy texture instead into the deconstructed dessert. Paired with quark cheese, rhubarb puree and Saskatoon syrup – the dessert was an innovative, light and refreshing way to finish the meal.

The $40 four-course meal, which included an amuse bouche and palate cleansing sorbet course, was a crowd-pleaser. Here is the menu chef Morrison and his culinary team at The Common served up:

Follow @TheCommonYEG to stay up to date on upcoming food events. Chef Morrison is always sharing fun specialty menus at great-value prices. The Hip Hop brunches are not to be missed. A big thanks to Jesse and the entire Common crew for sharing an incredible Taste Alberta menu.