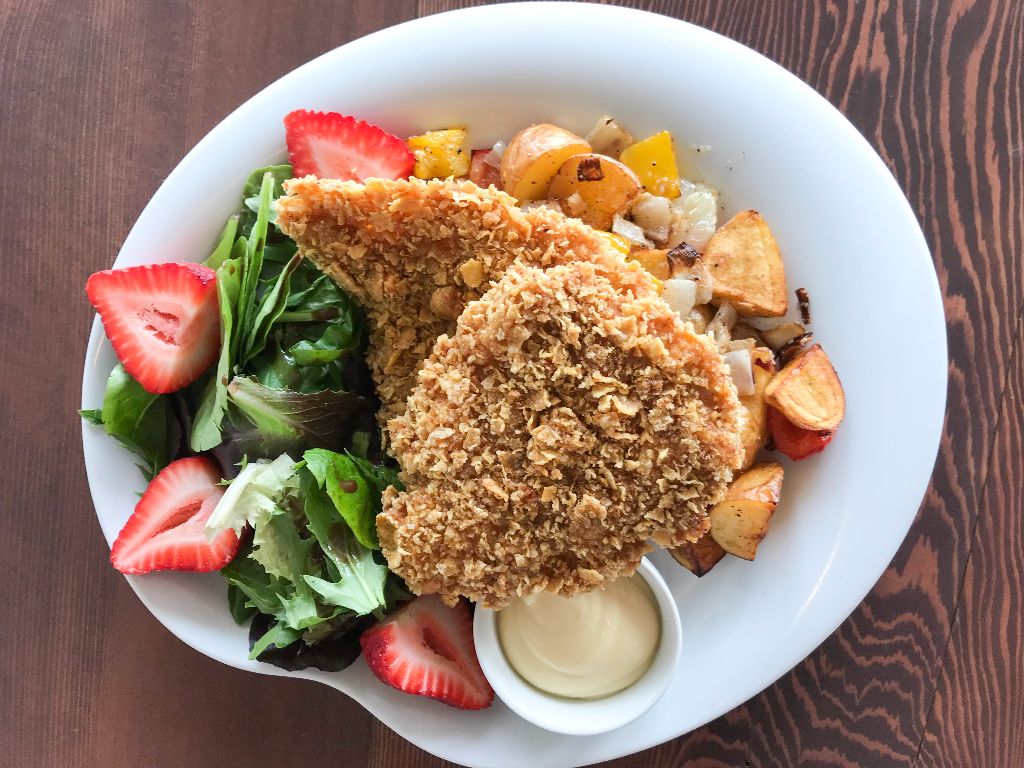 Both the Bodega Highlands and the new Bodega 124th Street locations offered brunch on both Saturday and Sunday from 11 am to 2 pm, so chef Lino and his culinary team decided to offer a three-course menu for $25 at both locations throughout the weekend.

The Spanish inspired pintxo of bread, cheese and quince was a winning combination for The Spaniard

For the main course, diners had a choice of three dishes:

For dessert, chef Lino served Pastel de Nata. The warm custard tart is a classic Portuguese dessert, one that I am told by my dining companions was the perfect last bite to our Taste Alberta brunch.

To accommodate my gluten-free diet, chef Lino plated me the most delightful slice of pudim caseiro. He told me the Portugese baked caramel custard recipe is his mother’s – one that I look forward to coming back to experience again. I’m sure the Egg Farmers of Alberta and Alberta Milk would love to get their hands on that family recipe.

While Sunday may be a more popular day to brunch, I was happy to make a reservation for the Bodega Taste Alberta brunch on Saturday. Clearly, I am not the only one who likes to brunch on Saturdays as there were loads of familiar social media faces that also took in the brunch at the 124th street Bodega location.

Patios are luxury in Edmonton and Bodega has one at each of their locations. The 124th street Bodega Jardin is a lovely space – and a great spot to enjoy brunch, lunch, or a late night glass of sangria alongside some tapas.

As mentioned before, Bodega serves brunch both Saturday and Sunday at both their Highlands and 124th Street locations from 11 am – 2 pm. While the Taste Alberta Prairie on the Plate brunch was a one-time event, their regular menu is packed with options and dessert is always on the menu! A huge thanks to Christian and chef Lino for agreeing to host a Taste Alberta Prairie on the Plate brunch. Be sure to check Bodega out: