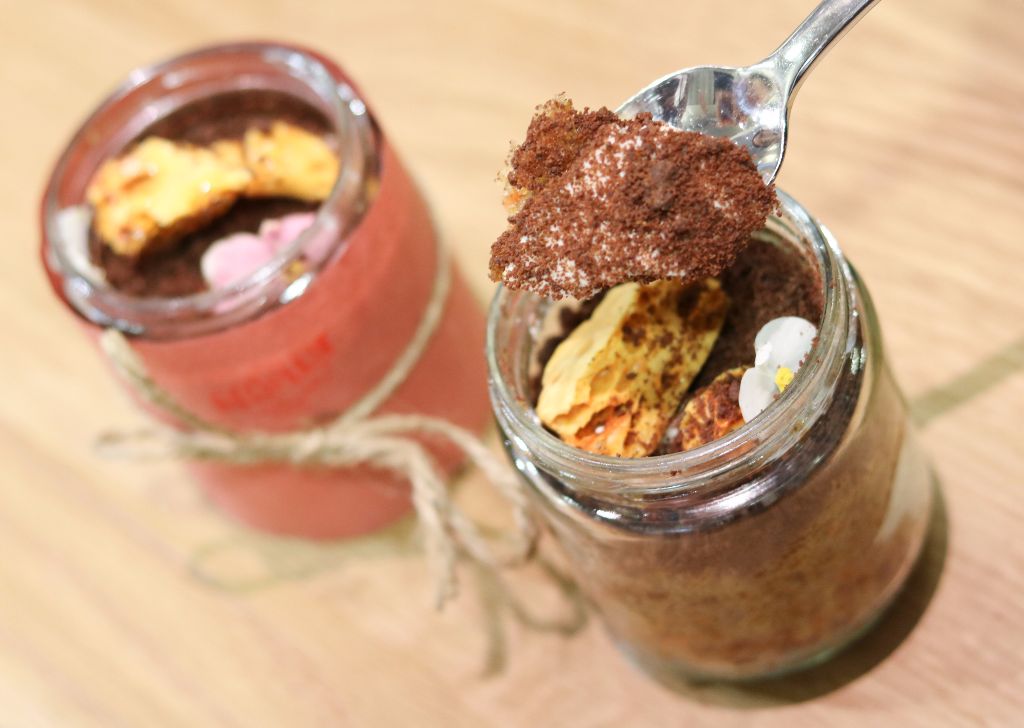 Last week, chef Spencer Thompson transformed the weekly Date Night menu at the Buco Epcor Tower location into a Taste Alberta Prairie on the Plate menu featuring an assortment of ingredients from across Alberta.

To kick things off, diners were treated to house-made tortellini with ricotta, spinach, and Alberta-grown dandelion greens. The pasta was served alongside chicken sausage, made by their sous-chef Michael who is also a butcher, along with Sylvan Star Grizzly Gouda, pickled pine nut butter, and shaved apples.

I’m told sous chef Michael spent over 20 hours prepping the Alberta Pork main course. He had to source pork trotters from a number of different Alberta pork farmers, which he braised, and then deboned. Chef Michael then made his own pork sausage using the trotter along with pork belly and shoulder, which he stuffed back into the trotter skin. To help keep the round shape, he wrapped the stuffed trotters in caul fat. The trotters were sous-vide and then pan fried (rendering off the caul fat), and resulting in a crispy stuffed pork trotter that was packed with flavour.

For dessert, chef Thompson wanted to make it feel like diners had to dig in the garden to get to their dessert. First, Buco Epcor Tower’s pastry chef Jocelyn baked a carrot cake using Peas on Earth Organic Gardens carrots.

The Date Menu chef’s choice is available every Wednesday for just $32. If you are an adventurous diner who enjoys experiencing the chef’s choice – check it out: