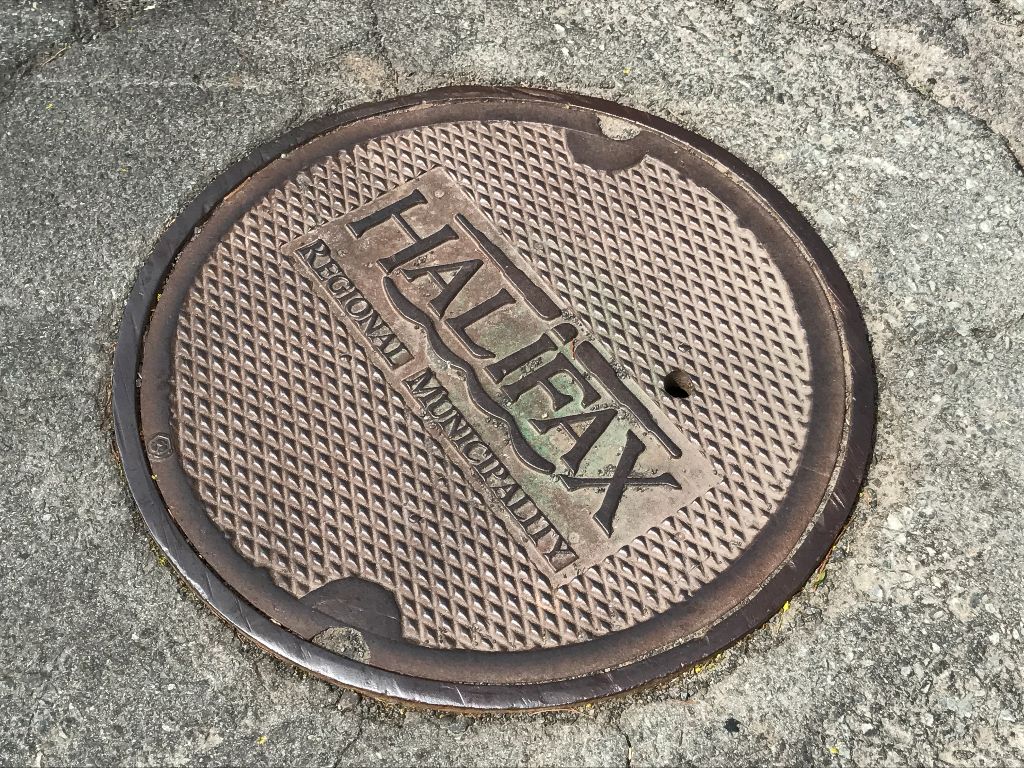 When I learned that WestJet was offering direct flights from Edmonton to Halifax, I jumped at the chance to spend the Victoria Day Weekend there. The Spaniard had never been to Atlantic Canada yet, and with just a few days, we managed to squeeze in an action-packed city break on the east coast of Canada.

We relied on public transit (only $3.50 each), from the airport to Halifax, walked a ridiculous number of kilometers around the city, and rented a car for one day ($70 including gas) so that we could explore the South Shore (and take an obligatory headstand photo).

While it feels like we did 101 things on our trip, here are 10 things we did that could keep you busy during a weekend in Halifax.

1. Fuel up at Breakfast & Brunch
We made the most of our trip to Halifax which required lots of energy to get us through the day. That means starting things off with a big breakfast, or brunch, and we hit two hot spots with the locals that left us both satisfied.

Blink and you might miss The Coastal Cafe as you walk by – which would be a shame. This local hangout serves up a hearty breakfast. After a red-eye flight from Edmonton I filled up on a GF version of their bacon cheeseburger benny with bacon hollandaise.

For our Sunday brunch we were pleasantly surprised to find no line up outside of Edna, led by female chef Jenna Mooers. The Bluenose marathon was on that day which may have pulled some of their regulars away until after the race. The restaurant offers coffee to those who do have to wait in line – thankfully we scored a seat at the bar where I savoured the house-cured salmon gravlax and latkes and the Spaniard somehow finished the Sweet & Salty – a generous portion featuring two ricotta pancakes, a sunny side up egg, bacon and house-made sausages.

We took the elevator to the top where we enjoyed a relaxing view of the city before making our way down the zig-zagging staircase. Designed with numerous green initiatives, the modernly designed building was a welcome stop on our walks around Halifax.

3. Dine & Dance at The Shore Club’s Saturday Night Lobster Dinner & Dance
For the past 81 years, The Shore Club has been serving up fresh caught Atlantic lobster.

I opted for the medium (because I knew I would eat my weight in mussels), but The Spaniard managed to successfully put back the 2 pounder.

Tickets to the Saturday-night dance is an additional $15, but with our dinner we saved $2. The Shore Club has served up one great party every summer Saturday night since 1946, and on May 20, 2017 – Asia & Negruv, one of Atlantic Canada’s finest party bands, had the place grooving. The place was packed with locals – it is clearly the place to be on a Saturday night on the South Shore.

4. Get a History Lesson at The Citadel

The Citadel is the fortified summit of Citadel Hill, a National Historic Site of Canada in Halifax, Nova Scotia, Canada. The hill was first fortified in 1749, the year the town of Halifax was founded. Today, the fort is operated by Parks Canada as the Halifax Citadel National Historic Site of Canada and is restored to the Victorian period (and staffed with costumed university summer students). As part of the Canada 150 celebration – the Citadel is free to visit this year.

We spent 3.5 hours at The Citadel and I felt like we still didn’t see everything! We joined a walking tour, watched a bagpipe demonstration, watched the noon gun go off, watched the film A Harbour Worth Defending and walked through the trenches. We spent a considerable amount of time in the Army Museum where the items on display come from a vast collection of more than 70,000 military artifacts. Give yourself some time – this Halifax landmark is not to be missed or rushed through.

5. Pick up an antique or vintage piece
We stopped into a few antique and vintage stores in Halifax and along the South Shore. A visit to 50 hats is a bit like a visit to the mad hatter – The Spaniard took one step and opted to sit outside in the sunshine. I dug through the clutter and found a hat and a nautical scarf to remind me of our trip. We popped into a fun shop in Hubbards called Mother Hubbard’s Cupboard as well as a beautifully curated shop in Mahone Bay (where I picked up a beautiful black lace dress at Peacocks Antique).

6. Get a selfie at Peggy’s Cove
We rented a car for a day trip to the South Shore of Nova Scotia and our first stop was at Peggy’s Cove, a small community located on the eastern shore of St. Margarets Bay about 30 minutes from Halifax, which is famous for the Peggys Point Lighthouse. Allegedly Canada’s most photographed lighthouse – you can’t help but join the other tourists for a snap of this picturesque landscape. I thought we were going to get blown away on the day we visited – my favourite memory is an elderly lady hiding next to the lighthouse, attempting to shield herself from the wind as she puffed at a cigarette (clearly a shot worthy of a photo album).

7. Drink like a local
Halifax is home to a number of local breweries, wineries and distilleries. In addition to the Alexander Keith’s Brewery Tour, you can find local brews, including cider, at a number of breweries like Garrison Brewing and at just about every restaurant we popped into.

You don’t have to visit a brewery or vineyard to indulge. We stopped in to a liquor store where we picked up a bottle of Nova 7 (my favourite Canadian-made bottle of bubbles). Like everyone we met along our travels in Nova Scotia, one of the staff was super friendly and helpful and also introduced us to Selkie. If you like wine – be sure to include time for a tour of the wineries in Nova Scotia.

8. Shop, eat and drink at a Farmer’s Market
Our AirB&B host told us half the city stops into the Halifax Seaport Farmer’s Markets on Saturdays. In addition to beautiful produce and locally-made products, I think you could indulge at 10 different bakeries and bake shops. We also popped into the Historic Farmers’ Market is located in downtown Halifax’s Brewery Square – The Spaniard tried a Queen Elizabeth square for $2.

We also stopped in at Saturday market at Hubbard’s Farm Barn & Community Park, which had local music, and of course, more baked goods.

9. Explore a sea cave at The Ovens
With our one-day car rental we made it as far as The Ovens Natural Park. The price was $10 per adult to enter, and we had enough time to do the self-guided sea cave walk along the stunning coastline.

It was nice to get out of the car and explore, if only for an hour. I wish we had more time to walk around but we had a lobster reservation at The Shore Club to get back to.

10. Overdose on seafood
Sure, I was excited to explore Halifax, but one of the main reasons I wanted to spend a weekend on the Atlantic Coast was to indulge, or overindulge, on seafood. In addition to the lobster/mussel feast at The Shore Club, we also had oysters (20 for $20 on Fridays) and seafood chowder at Five Fisherman.

We knew we wanted to take the Harbour Ferry from Halifax to Dartmouth (a public transit bargain for $2.50), but when I learned that Evan’s Fresh Seafood served up gluten free fish & chips in the Alderney ferry terminal, we made sure we got there before they closed for the day.

I wish we had more time to explore Nova Scotia. Everyone we spoke to had a beach, space, or place they wanted us to explore. A weekend gave us just a taste, and I know I will want to come back – there are just too many good things to do, see and eat there!

We had the pleasure of having the most incredible AirB&B host Marion where her resident dog Bella always had a wagging tail to greet us with.

Marion was delightful to stay with, a wealth of knowledge, and even invited us out for drinks in the North End with her friends, and for a walk to Point Pleasant Park. I cannot say enough about the kind people we met along our adventure in Nova Scotia.