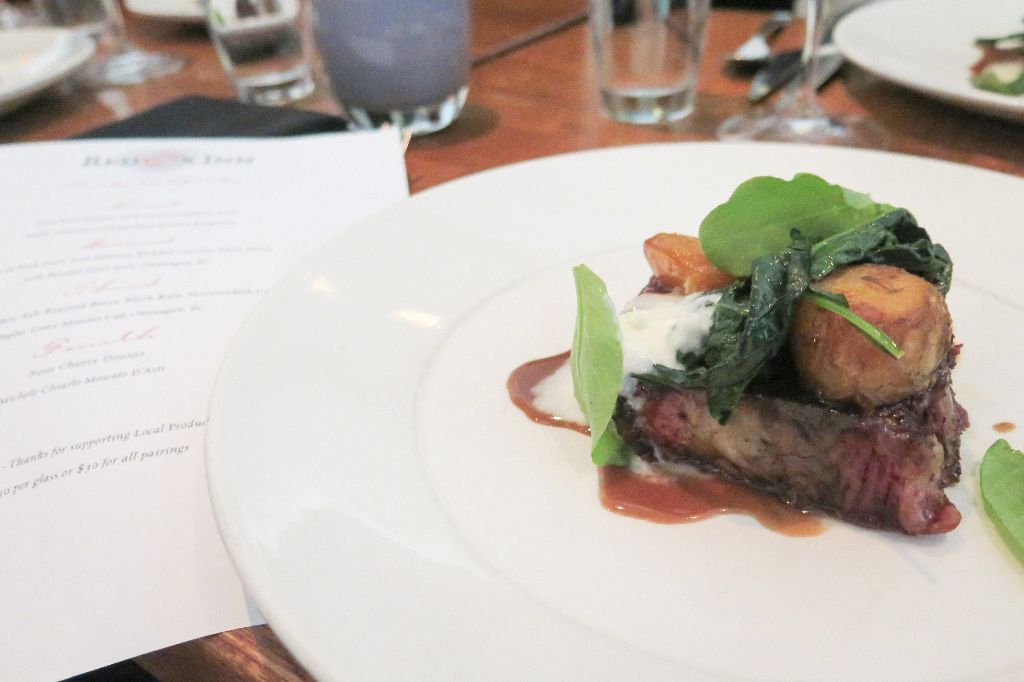 Last week the Red Ox Inn hosted the third installment of Taste Alberta’s new Prairie on a Plate dining series. Red Ox Inn, an intimate restaurant owned by Frank & Andrea Olsen and located in mature Strathearn neighbourhood, has been a long-time supporter of local farms and featuring the best of Alberta on their seasonal menus.

For the event, chef Sean O’Connor created a four-course menu for $60, with an optional wine pairing for $30. The event was limited to one seating and just 30 of us had the opportunity to taste his Prairie on a Plate menu.

Chef O’Connor explained that the salt beef was lightly cured, like pastrami, but then braised and pan fried for a fork-tender finish.

Chef O’Connor used sour cherries from his wife’s grandparents home to create sour cherry donuts that disappeared from almost instantly after landing on the table.

The only complaint I heard at the table from my friends was that they wished there was more donuts for dessert – clearly the sour cherry donut was a hit.

I was jealous of the donuts, but thankfully Chef O’Connor took care of this gluten-free girl and I received a personalized serving of sorbet, strawberries and Chantilly cream for dessert.

A huge thanks to owners Frank and Andrea, chef O’Connor, and the team at Red Ox Inn for hosting Taste Alberta’s Prairie on a Plate. I’m not so secretly crossing my fingers that their sister restaurant Canteen will be a future location for another taste of Alberta dining adventure.