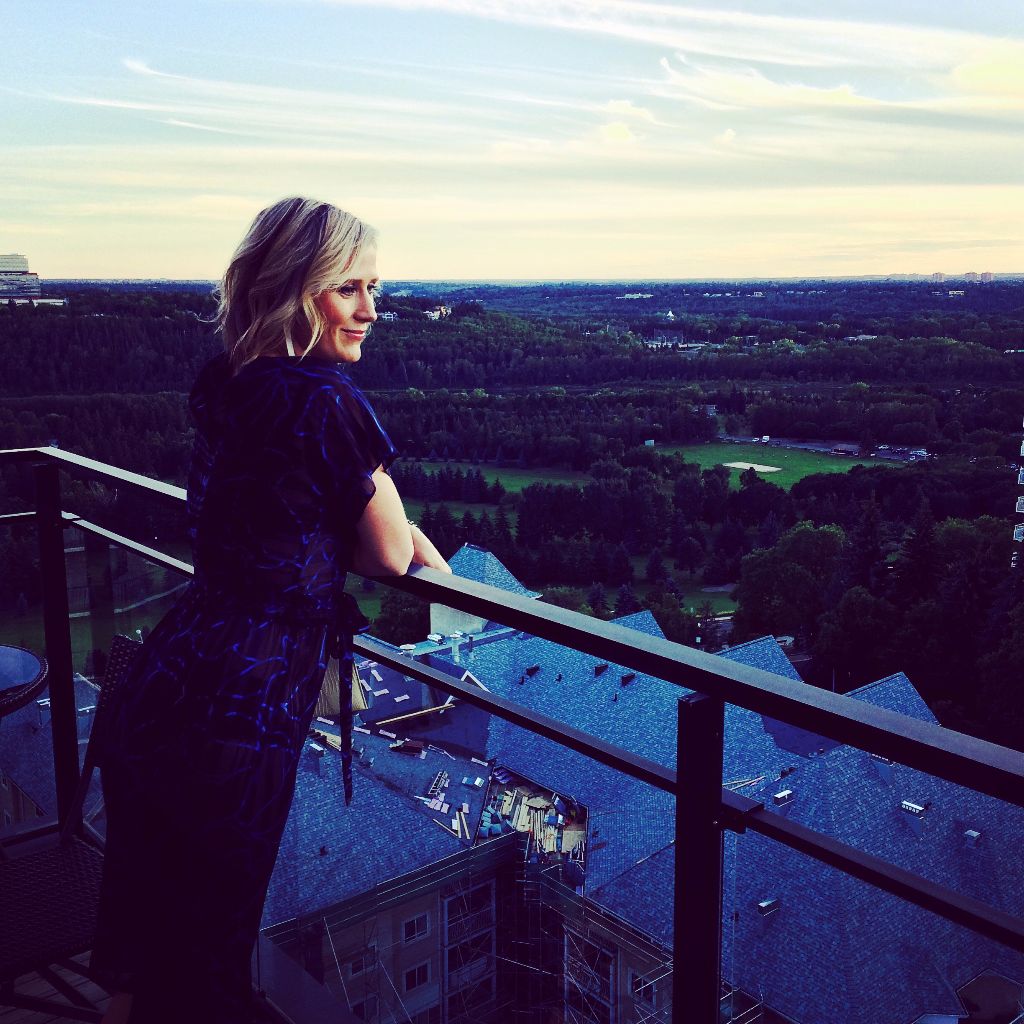 Two summers ago I became friends with a girl named Kristina who asked if I wanted to come to a party with her. Of course I said yes.

The condition – I had to dress up.

I met the guy she was dating, his boss, who was one of the party hosts, as well as two fabulous gay men at the elevator. I’ve since become friends with all of them and Rob & Paige’s summer party has become one of the best events on my social calendar.

This is not your average house party. First of all – the dress code is fabulous. For the occasion I had my hairstylist friend Des to help with my hair and went to MAC at WEM so my girlfriend Katie could style me up with party makeup. I busted out one of my vintage finds, rocking a 70’s inspired completely sheer dress – cause exposed black underwear is acceptable at this kind of party.

Next – the view of Edmonton’s river valley from Rob & Paige’s home is absolutely stunning.

And the culinary offerings are delectable.

I have a tickle trunk with costumes; Rob & Paige have a tickle closet. For each party they bust out an assortment of accessories for guests to pose for pictures with a professional photographer, and the photos are shown on a slideshow in the next room throughout the evening.

This year I was joined by The Spaniard, my roomie, Meryl and Heather. I think we cleaned up appropriately for the occasion.

I think of the party as my anniversary of meeting Jon, who was dating Kristina, and is the reason I first scored an invite to the party. He was interested in the food events I organize and attend and we swapped contact details.  We easily became friends and he is now my second favourite 28 year old male (a close second to the Spaniard). His style for this year’s summer party was of course incredible.

That first year I met Randall & Darcy, the dangerous duo behind Call the Kettle Black.

When I asked Randall if we could be friends he told me only if I start wearing make-up. I do my best to appease him at social events we both attend and I am happy to report he approved of this year’s see-through dress and dark blue makeup.

Our hosts for the evening, Rob & Paige, both know how to throw a party. I think more house parties need a dress code – because everyone in the place looked amazing.

One of my favourite parts of the evening is after the caterer cleans up and the the pizza arrives. Forget the fancy dress party – people turn teenage as everyone grabs for a slice.

We had an event in Calgary the next day we had to drive to so I called it a night shortly after 1 a.m., but I hear the party went into the wee hours of the night. The Spaniard is a more casual guy, but he would happily dress up for another night at Rob & Paige’s Summer Party.

Thanks Rob & Paige for another memorable summer party.