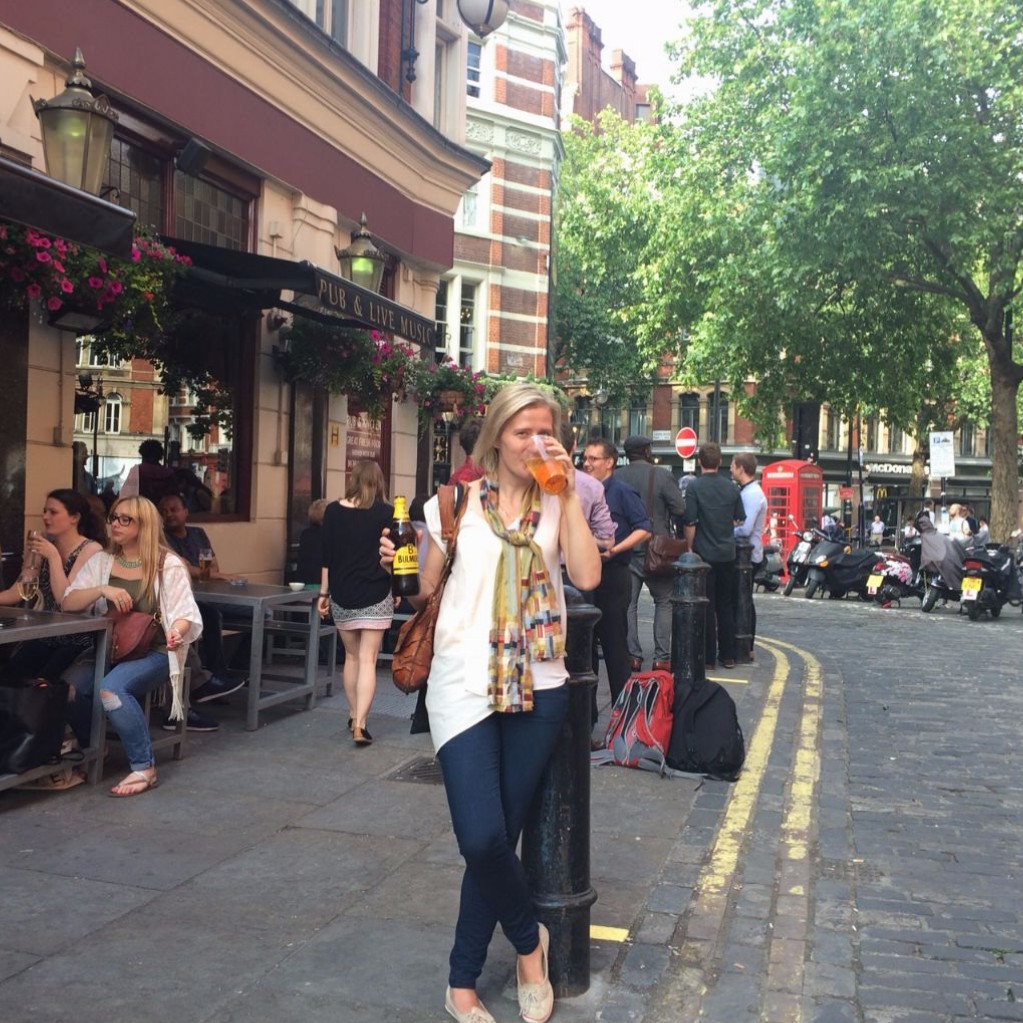 When I was booking an upcoming trip to Spain I couldn’t help but schedule in a four-day layover in London. When I pass through the security check point my answer is always the same. ‘I’m visiting friends in London.”

April 2007 I met a crew from London who were spending a week at the beach in Goa India. I was backpacking at the time and was traveling solo – they adopted me and my week with them is one of the best memories I have from that seven month long adventure.

Later that year I flew to London for the first time for a week of sightseeing by day and socialized to the max in the evening. On that trip I met their friend Laurie who has become my go-to friend to crash with when I’m in London.

On previous trips I watched him blow up an air mattress for me to sleep on in his flat in Brixton, but he recently purchased a house in the neighbourhood with his boyfriend so this time I was treated to a plump mattress in my own room.

Since I was coming off a red-eye flight Laurie let me have a nap before we popped over to Tesco to do some shopping for dinner. He wouldn’t let me push the cart. Apparently he has no trust in jet-lagged Canadian girls.

They certainly have some exciting looking cereal across the pond.

I love Brixton. I can hit up charity shops with great second-hand items that don’t carry the price of vintage shops in other parts of London.

or these Prada shoes at Barnardo’s.

From WAG to Kaosan I can find an assortment of gluten free options in Brixton Village.

I also love the outdoor vendors and random stores throughout Brixton.

One of the reasons I wanted to do a layover in London was to say goodbye to my fave South Africans Lauren and Adrian who after over a decade each in London, are moving back home. I first met the duo in Turkey and fell in love with them.

We’ve met up in Denmark and Lisbon and I will miss the ease of seeing them in London immensely. After watching the movers pack up their flat, Adrian took me to the newly opened Pop Brixton for a drink. I instantly loved the concept. I immediately thought a recycled train car pop up bar would be the perfect installation back home in Edmonton.

Afterwards Adrian and I headed to The Spice of Life in Soho to meet Lauren for a drink.

I tearfully said goodbye and then ripped down the street for dinner at Vinoteca with Laurie, Josh and some of my Goa crew – Liz and Steve.

I had been thrift shopping on Clapham North High Street and my new hat did the rounds before our food arrived.

And of course I just had to order the confit crispy pork belly, spliced plums and walnuts

We finished the night with a hilarious show – Diane Chorley: Duchess of Canvey – at the Soho Theatre.

On one of my other action-packed days I visited with Eng. Eng is one of my favourite traveling partners of all time. We met in Ecuador, had hilarious escapades through Peru, and survived a month-long trip through Albania, Macedonia and Turkey. I was hoping to see her new little one – but since she was two weeks overdue we got to hang out baby-free instead.

We strolled through East Dulwich where I got to Say hello to some Canadian Geese.

And we had a lovely lunch at Toasted. I said my goodbyes, rubbed her belly, and was off to St. Paul’s Cathedral to meet up with Helen, another lovely person that Eng and I met on our trip to Turkey years earlier.

Helen hopped across the pond to visit me for a week-long visit in Alberta last year. Since she knows how much I love meat, she had booked us in for a table at Jamie Oliver’s Barbecoa for dinner.

Unfortunately the Devil’s cornbread was not gluten free – smothered in cheese I was so jealous! But after four days of eating out in London I clearly wasn’t going hungry.

It was a lovely layover in Londontown, but it was time I said my goodbyes. I thanked my lovely hosts Laurie and Josh – love you boys – your tea is so much cosier than in Canada.